reklama
Bibek is an excellent example of a generation of young Nepali, who instead of waiting for the government to act, took reconstruction in their own hands. And literally builds the country back.

Bibek is a natural entertainer and he easily became the center of the youth event - talkative, funny, energetic, kind of restless. I can imagine that all of these features, combined with passion and drive for change, made his little crazy project such a success in his hometown in Lamjung in Nepal.

He was 24, studying in India, when he was on the phone that Saturday morning, which ended abruptly after his friend said something is shaking. His friend went silent, he learnt about the earthquake, and for three days tried to contact his relatives with no success. The third day someone picked up the call and his family was safe and sound, even if the situation in the village was miserable: houses in rubble, food supplies lost, no help coming through. His project started with contacting friends in India and the US and fundraising - with the main help of Natasha, who used to work as a scholar in Nepal back in the 90-ties and stayed in touch with Bibek and his family. They shortly collected 100,000 indian rupees and while visiting the villages in Gorkha, Sindupalchowk and other hard hit areas, he came up with the perfect use for these and the future fundings: young people will rebuild the villages.

Bibek is a social scientist, but he has guts to drive it - he researched low cost housing, contacted his friends, used his network and begged whomever he met to help and get involved. As the money to the Fundforlamjung.org website started flowing, the initial plan to build temporary shelter was replaced by permanent constructions that can stand earthquakes up to 9 degrees. It was the first such project in Nepal after the disaster. It grew organically - now Bibek has a global family of supporters and collaborators, who regularly contribute to the cause and continue rebuilding Nepal. So far they have finished 16 houses (with the first one being completed in April 2016!) and their operations are expanding to other regions with more than just homes. One of the villages they are working on will be a holistic and spiritual village, attractive to fans of yoga, meditation, etc., a place where both locals and tourist from Nepal and abroad can recharge and heal. And he plans for more themes: athletic village, cultural one. Bibek wants to imagine far horizons for these new places, with bright, sustainable futures. I believe he has everything it takes to make it possible. 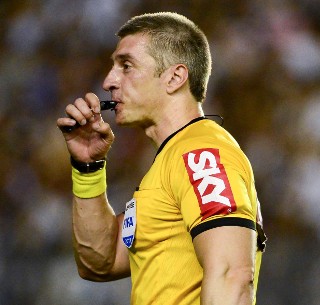